The Special Taskforce was requested to examine Queensland’s domestic and family violence (DFV) support systems and make recommendations to the Premier on how the system could be improved and future incidents of DFV could be prevented.

The Special Taskforce conducted extensive, statewide community engagement and consultation to gather input from the community and experts involved in the DFV space to inform the review.

In accordance with its terms of reference, the Special Taskforce provided its final report—Not now, not ever: Putting an end to domestic and family violence in Queensland (the report)—to the Premier on 28 February 2015, bringing its work to a close.

The Special Taskforce is no longer active.

The Special Taskforce in action

During the review, the Special Taskforce conducted extensive community engagement and consultation with communities in Queensland.

In early September 2014, Ms Bryce—as Chair of the Domestic and Family Violence Taskforce—travelled to northern Queensland to meet with DFV service providers. The purpose of this trip was to listen and learn about the local issues and how these communities are responding to DFV.

Ms Bryce and the Special Taskforce joined some of Queensland’s leading DFV experts at 2 summits held in Brisbane on 27 October and Townsville on 4 November 2014. Listen to the key messages from:

What the Special Taskforce heard

The Special Taskforce engaged with thousands of Queenslanders through an online survey, listening tours, summits, focus groups, round tables and individual group meetings. It received submissions from the community and experts from different fields involved in the DFV space and, in October 2014, it invited members of the public to share their stories. These stories are featured in Our Journal (PDF), a compilation of stories, ideas, experiences and thoughts around DFV.

In August 2014, an online survey was developed to understand community attitudes about DFV and how we can best respond as a community. The Tell the Taskforce: Domestic and family violence survey report (PDF) analyses the information received through the survey. The survey revealed that the community, service providers, and the families of those involved are viewed as responsible for supporting someone affected by DFV.

Focus groups were conducted by an independent research company at various locations across Queensland. These sessions raised and discussed important questions with the community and sought views from socio-demographic groups who would not usually engage in the issue. This provided qualitative input on community attitudes on DFV. Read the Focus groups report (PDF). The Honourable Quentin Bryce AD CVO is the former Governor-General of Australia and the former Governor of Queensland. Ms Bryce has held several esteemed positions in the areas of human rights and equal opportunity, some among firsts for women in this country. Notably, Ms Bryce was the Federal Sex Discrimination Commissioner, Human Rights and Equal Opportunity Commission; the Convenor, National Women’s Advisory Council; founding Chair and CEO, National Childcare Accreditation Council; and Director, Human Rights and Equal Opportunity Commission, Queensland. 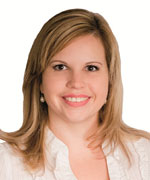 Ms Millard was the member for Sandgate from March 2012 to January 2015. Ms Millard was also a member of the State Development, Infrastructure and Industry Committee.

Prior to her election, Ms Millard spent 20 years in the metals and manufacturing sector. 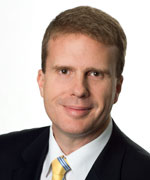 Mr Kaye was the member for Greenslopes from 2012 to 2015. Prior to his election, Mr Kaye served as a police officer in both metropolitan Brisbane and rural Queensland for 23 years, which included extensive experience in dealing with domestic violence up close.

Mr Kaye served as the Deputy Government Whip from March 2013 and was a member of the Ethics Committee. Mr Kaye was also previously a member on the Parliamentary Crime and Misconduct Committee and the Finance and Administration Committee. 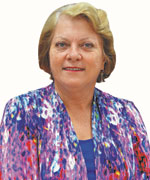 Prior to her election Mrs Cunningham was Mayor of Calliope Shire Council. 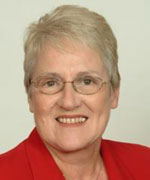 Mrs Scott was the member for Woodridge from February 2001 to January 2015. Mrs Scott was the Shadow Minister for Community Services and Child Safety; Mental Health; Women and Seniors; Multicultural Affairs. She was also Deputy Opposition Whip and a member of a number of Parliamentary committees.

Prior to her election, Mrs Scott served the people of Woodridge in the role of Electorate Officer for a period of 16 years. 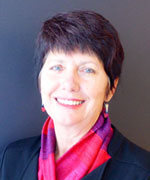 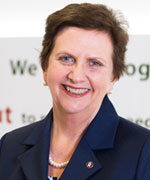 Ms Cross served as the CEO of UnitingCare Queensland for more than 14 years. UnitingCare’s health, aged care, child and family, disability and community services stretch across metropolitan, regional and remote Queensland and include services for women and children and elders who experience domestic and family violence.

Ms Cross has held senior positions in government and non-government organisations across a broad range of rehabilitation, disability, aged care and community services. She has served on various government bodies including as Deputy Chair of the Disability Council of Queensland, the Child Protection Council and the Smart State Council. She is presently a member of Queensland Health’s Renewal Portfolio Board.

In 2008, Ms Cross was appointed as an Adjunct Professor in the School of Social Work and Applied Human Services at the University of Queensland. 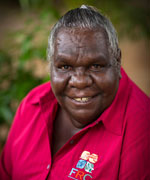 Commissioner Ada Panawya Woolla (Winchanum Clan) was born and raised in Aurukun, leaving the community to attend boarding school and later Cairns Business College. Ms Woolla became the Aurukun Local Commissioner with the Family Responsibilities Commission in 2008. Upon election to the position of Councillor of Aurukun Shire Council in April 2012, she retired from her position as a Recognised Entity where she worked alongside the Department of Communities, Child Safety and Disability Services to assist families and children in Aurukun. She is also a foster and kinship carer, an office bearer in the church, a founding Member of the Aurukun Community Justice Group, a respected mediator and community Elder.

Aurukun Commissioner Woolla and her husband, Mayor Derek Walpo, support the education and training of young people and strive to improve opportunities for their community.